A character analysis is a complete evaluation of a character's persona, their role in the story line, their challenges achievements and conflicts as the plot of the story mature along the way. An excellent character analysis has a critical angle of questioning the character as well as draw conclusions based on facts presented by nature in the cause of his or her interactions, (Schauber, 2014). When developing a character analysis, the writer should be open minded not to draw a conclusion on nature without assessing all possible scenario.

Character analysis has been employed by screenplay writers and professionally in movie scripts where a character, for instance, a villain or heroes is cultivated from the time the movie starts to its end. We know all the trends and help you essay writing services.

Traits to watch for in a Character Analysis Essay

While developing a morph metric scale for character analysis, it is important to choose a character whose role keeps on changing as the plot of the story develops. Continuously examine their ethical alignment on the play. Identify if the author has created a moral persona of the character or a villain or if they exhibit interchanging personality in the cause of the play. Based on these findings, draw a valid conclusion on their ethical stand, (Schauber, 2014).

Artistically, authors and screenwriters do employ the use of redundant phrases that are utilized by the same character over and again. Paying close attention to the characters wordplay is imperative. Analyze what he or she says and does in different scenarios. Be keen to collectively sum their perspective in a whole sum manner. For instance, the character in question might be violent to his family member but be very at ease with colleagues and friends or vice versa. In such a situation this character can be described as having inferiority or superiority complex disorders in relation to a particular group in question.

The saying goes, show me your friends, and I will tell you your characters. Ideally the author has all necessary tools to alter the cause of a specified character throughout the play; however, other characters might have different opinions with the author Thomas, J. (2009). To better understand the writers' personality, it would be easier to hear from those that are in his social circles elaborate what they think of the character. In the case of a movie character review, a character may show their true character when they lower their shield when they are around family and friends.

What is a Character analysis essay?

Character analysis essay focus on a “character” in any story. The analysis reveals facts and figures and lesson one takes from the character about life. Character analysis is merely not based on facts but the reviewer needs to read the psychology of the character, his/her emotions, his/her approach to a specific situation, reasons and motivation behind a particular attitude. The review draw conclusion from the character’s approach and relate it to life. This is done by using the evidences provide in the story by the author (approach of character in multiple circumstances).

It is important to read the story properly and keep eye on details and analyze the charter and draw conclusion in light of the given evidences.

There different kinds of characters:

There may be dynamic characters which keep changing throughout the story.
Static characters are those who remain same or constant in a story.

Step 1: Initiate your Essay with Quotation about the Character

In the second step one can give background information about the author, title of the story and time frame the possible reasons behind the story. Give briefly what is story all about. It is important to read the story carefully and link passages either they are link to the character directly or indirectly.

How to Write the Introduction

An ideal introduction starts with a quotation, a statement, or a question that relates to the character in question. The significance of the introductory statement may not be clear to the reader at the early stages of the paper, but should be clear as the essay progresses into the body. The simplest introduction includes elements about the character that the body of the article may not discuss in depth. In the last sentence of the introduction, the paper must set the parameters that will define the scope of the article and state what the character analysis aims to achieve.

As noted earlier, the challenge in writing character analysis is that there are no standard items nor clearly defined patterns that a paper should adhere to. However, several common topics have formed the basis of character analysis in the past. They include the following.

A character analysis essay is like most other academic papers which are composed of three parts; introduction, the body of the paper and conclusion. In writing the article, one should ensure that the last sentence of the introduction paragraph clearly outlines the thesis statement. The statement should be clear and objective to as seen from the reader point of view. After the introduction, the items in the body should be organized such that each paragraph explains one idea. The organization of the sections should be cohesive and ensure the flow of ideas. In the last paragraph, the paper should give closing remarks and state whether the thesis of the article has been achieved by the substance provided in the body.

Outline for a Character Analysis Essay

The following is the outline for a character analysis essay:

II. Describe how the character is revealed at the beginning of the story.

III. Describe how the character evolves throughout the course of the story.

IV. Describe the traits of the character at the end of the novel.

The summary of character analysis essay may be summarized in three different steps: firstly what are the lessons learnt by the character during the course of his/her struggle. Let’s say any character who entirely depends on her/his family members and is escapes from challenges in life. So how did the character overcome this problem.

Thirdly the review can provide his/her thoughts and wrap up the topic by taking the message away. Let’s say from the story I learnt that though challenges are always not really pleasure but they are part of our lives and it’s better to face them than to avoid them. It is a fact that at the end of every challenge one faces one feel more confident, stronger and happier and prospers.

In conclusion, it is important to mention that choosing the correct title for a paper determines whether it will make the desired appeal to potential readers. The most efficient way of developing the title is to go through the thesis statement and the conclusion and derive the statement from the grand idea of the two parts.

Harvard Style, which is one of the most common referencing styles, just after APA and

A paper that is attractive and easy to read will often be received more favorably. 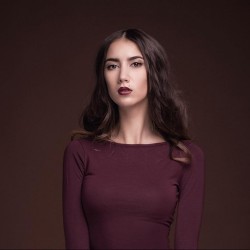